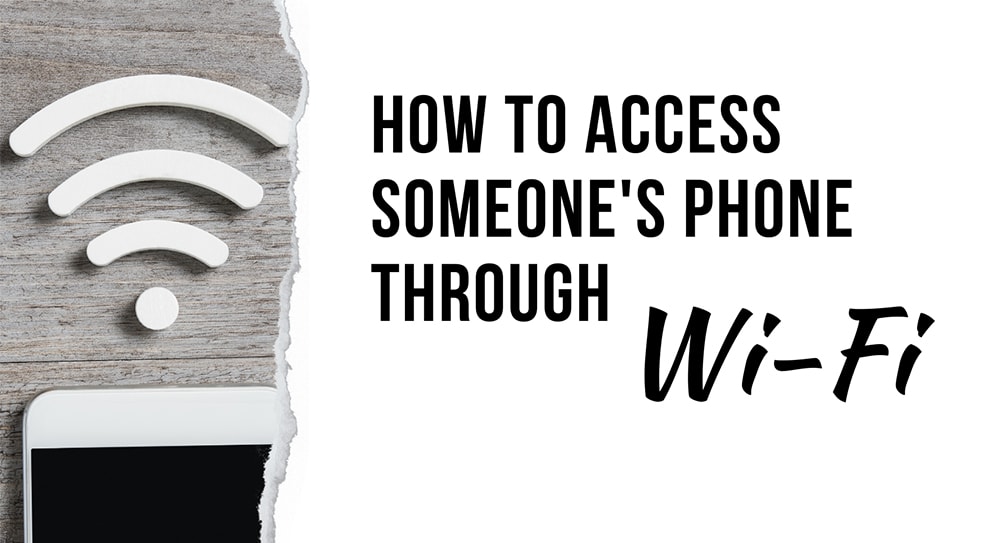 If you're trying to access someone's phone through WiFi, there are a few things you need to know. First, you're going to need to be comfortable getting into some highly technical details that are on the level of advanced hacking. Second, even with significant technical knowledge, the learning curve to be able to do this will take about 1-2 months.

While this may sound overwhelming, and it sort of is, there is a much easier way to approach the problem that we will get to in a moment. First, the hard way.

There is a free tool on GitHub called AirCrack-ng which is used for Wi-Fi security auditing. This tool will let you sniff packets (packet capture), use replay attacks, fake network access points, and inject data packets into the phone's data stream. In addition, it can be used to crack WEP and WPA PSK (WPA 1 and 2) encryption.

In plain terms, it can intercept and analyze the data from the phone you want to access through the network router's WiFi. Unfortunately, almost all websites, social media apps, and even e-mail servers use encryption so even if you capture the data from the phone you will still need to spend significant time cracking the encryption. This is where hackers set up fake network access points because it lets you introduce man-in-the-middle attacks, circumventing any encryption by being seen as the destination by both sides.

As you can begin to see, this is not something you can do quickly or easily. Fortunately, there is a better way.

An Easier Way To Access Someone's Phone Through WiFi

While the method above will let you access someone's phone through Wi-Fi, it is extremely difficult and time-consuming. There is a much easier way that anyone can do it regardless of their technical skill level.

All you need is a spy app that can be installed on the target device and will let you see everything that happens on it. This includes all websites visited, all social media activity, all text messages sent and received, and even GPS location tracking. Nothing really hides from a spy app.

There are many different spy apps available, but I prefer mSpy because I know I can trust it. mSpy can be installed in about 5 minutes on iPhone and Android phones. After installation, it will become completely hidden and run in the background.

mSpy will give you full access to the phone and everything that happens on it. While accessing someone's phone through WiFi on a network router would give you access to what they were doing right that minute, mSpy can provide continuous surveillance. You can see everything that has happened on the phone since mSpy was installed and you can even view deleted messages and conversations on encrypted social media apps like Telegram and Snapchat.

It also tracks the GPS location of the device and provides a map overlay so you can see where they have been.

Because it includes a keylogger, it can also intercept every password entered. So even if they were to change their WiFi network password, you would still be able to see it.

mSpy also offers a no-jailbreak version for iPhones that doesn't require any physical access to the device. You just need the iCloud login credentials and you can begin monitoring.

Installing mSpy is much quicker and easier than trying to get into someone's cell phone through Wi-Fi and it provides a lot more information. If you need to monitor someone's iPhone, I would highly recommend mSpy.

What is the best way to access someone's phone through WiFi?

The easiest way to access someone's phone through WiFi is by using a spy app like mSpy. mSpy can be installed quickly and easily on any iPhone or Android device. Once installed, it will provide full access to all of their activity including all websites visited, all social media activity, all text messages sent and received, and even GPS location tracking.

Is it possible to access someone's phone through WiFi without them knowing?

Yes, it is possible for hackers to gain access to someone's phone through WiFi without them knowing if you use a spy app like mSpy. It will become completely hidden and run in the background. The person using the phone will have no idea that mSpy is on there.

Can I see deleted messages and conversations on a spy app?

How much does a spy app cost?

Prices for spy apps vary depending on the features offered. mSpy starts at $29.99 per month but you can usually get a lower cost for multi-month plans.

What are WEP and WPA PSK when discussing WiFi security?

WEP is a security protocol that was developed in the early 2000s and is now considered to be very insecure. It can be easily cracked by hackers and does not provide a high level of security.

WPA PSK (WiFi Protected Access Pre-Shared Key) is a more secure security protocol that was developed in 2004. It uses a pre-shared key (PSK) that must be entered on both devices connecting to the WiFi network for authentication. This prevents unauthorized access to the network. However, the keys are usually relatively short and can be cracked but running through all of the combinations (brute force) or focusing on common algorithmic patterns can take an exorbitant amount of time.

Using a spy app to access someone's phone through Wi-Fi is legal in most countries but you should always check your local laws and regulations to be sure. In the United States, it is usually legal to use a spy app as long as you own the device or have permission from the owner. If you do not own the smartphone or have permission from the owner, then it will likely be considered illegal. Because of the wide variation of laws in different states, you must consult a lawyer before trying to access someone's phone via WiFi.

Even when you have the right tools, accessing someone's phone through Wi-Fi is not easy. Fortunately, there are apps available that will let you circumvent that difficulty while providing a ton of features and benefits. 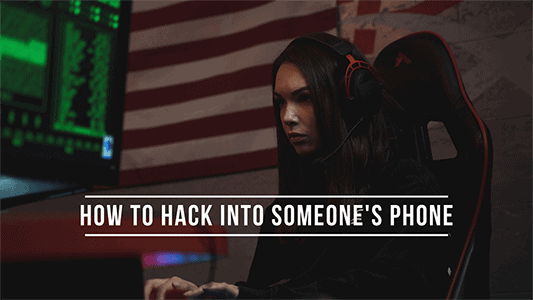 How To Hack Someone's Phone