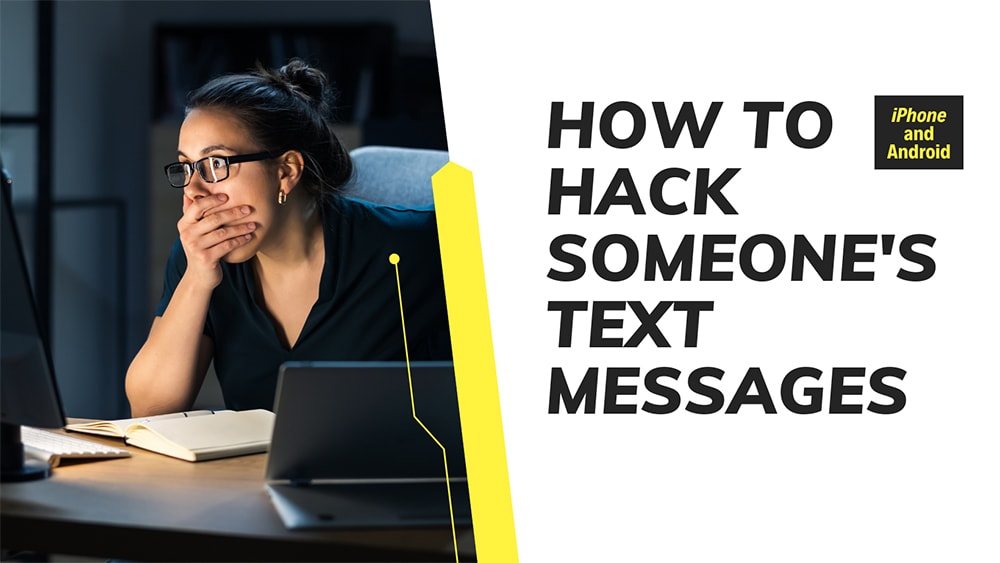 The first thing you'll need to do is get your hands on the target phone. This can be tricky, depending on how tech-savvy the person you're trying to hack is. If they're constantly keeping their phone on them and never leaving it unattended, you'll have a much harder time getting access to it. However, if they're not too careful with their device, or if you can borrow it for a few minutes, you can install a spy app that will give you access to their text messages.

Before we get into discussing ways of hacking someone's text messages, you should understand that laws can vary dramatically by where you, and the target, are located. Most of the time it will be legal to spy on any device you own, but some states will require the user's consent regardless of who owns the phone. For this reason, you must consult with a lawyer before trying to hack text messages.

How To Hack Into Someone's Text Messages

The most popular method of hacking into someone's text messages is to use a spy app. These apps are designed to track all kinds of activity on a phone, and they can be used to view someone's smartphone messages without their knowledge.

uMobix is a powerful spy app that can be used to hack into someone's text messages. In addition to providing access to all of the target's texts, the app also allows you to view their call history, GPS location, and social media activity.

While these features are fairly standard for smartphone spy apps, uMobix is exceptional in that it provides access to the phone's microphone and camera. This means that you can not only read the target's texts but also spy on their in-person conversations.

To use uMobix, simply create an account and then install the app on the target phone. Once it's installed, you'll be able to view all of the text messages that are sent and received on the device, as well as any other activity that takes place.

The only thing I don't like about uMobix is that it only stores hacked texts for 30 days, but the limit is much longer if you buy a multi-month package.

mSpy is another popular spying app that can be used to hack into someone's text messages. mSpy provides all of the standard features you would expect from a monitoring app, such as the ability to view text messages, call history, and GPS location. You can even view a message if it has been deleted.

However, what sets mSpy apart from other apps is its ease of use. The app can be installed in just a few minutes, and it doesn't require any technical expertise to set up or use. Additionally, mSpy offers 24/7 customer support in case you run into any problems.

While it lacks some of the more advanced features of uMobix, such as the ability to turn on the microphone, mSpy is a great choice if you're looking for an easy-to-use spy app and it has great compatibility across a wide range of cell phones.

FlexiSPY is a spy app that offers all of the features of uMobix and mSpy, and then some. In addition to being able to view text messages and call history, FlexiSPY also allows you to intercept live phone calls, access the target's camera and microphone, and even remotely control their device.

FlexiSPY is also one of the few spying apps that can be used on iPhones without jailbreaking the device. This means that you can spy on an iPhone without having to install any software, which can be a great advantage if the target is tech-savvy.

The downsides to FlexiSPY are that it's one of the more expensive monitoring apps on the market and the interface feels outdated. However, if you need all of the features that it offers, and are comfortable with a less user-friendly interface, then it's definitely worth the price.

KidsGuard Pro is a spy app that's designed specifically for parents who want to monitor their children's text messages. In addition to being able to view all of the texts that are sent and received, KidsGuard Pro also allows you to see who the child is talking to, view their call history, and track their GPS location.

One of the best things about KidsGuard Pro is that it's very affordable, especially considering all of the features that it offers. Additionally, it's very easy to use, so even if you're not tech-savvy, you should be able to set it up and use it without any problems.

While KidsGuard Pro doesn't offer as many features as some of the other spying apps on this list, it's still a great choice for parents who want to monitor their children's text messages without breaking the bank.

Spyic is another monitoring app that's worth considering if you need to hack into someone's messages. Spyic offers all of the standard features that you would expect from a spy app, such as the ability to view texts, call history, and GPS location.

In addition, Spyic also offers some unique features, such as the ability to view the target's social media activity and even record their phone calls. These features make Spyic one of the most powerful spy apps on the market.

The only downside to Spyic is that it's a bit more expensive than some of the other hacking software on this list. However, considering all of the features that it offers, it's still a great choice for anyone who needs to hack into someone's text messages.

How can I hack into someone's messages without them knowing?

Yes, you can install a hacking app on the target's phone and view their text messages without their knowledge. Please be aware that this can only be done legally in specific situations and you should consult with a lawyer to make sure you will be staying within the law.

Can I hack someone's text messages from my computer?

Yes, you can install a spy app on the target's phone and view their text messages from your computer, or any mobile device.

What is the best app for hacking text messages?

There are a lot of spy apps on the market, so what is best for you really depends on your specific needs. The apps we have discussed here have a long history of reliability and offer a wide range of features, so they're definitely worth considering.

Do I need to jailbreak or root the target's phone?

No, you don't need to root or jailbreak the target's phone in order to hack into their text messages. There are spy apps that can be used without jailbreaking or rooting the device, but you should be aware that these will always be more limited because the spyware is able to integrate itself deeper into a phone that has been rooted or jailbroken.

How much does it cost to hack into someone's text messages?

The cost depends on the features that you need. However, in general, you can expect to pay around $30-$100 per month for a good quality spy app.

Can I hack into someone's text messages for free?

No, not dependably. There are apps advertised as free that you can find online, but these are not going to offer the same level of features or reliability as a paid app. Additionally, many of these "free" apps are actually scams and will install viruses or other malware on your computer. So, it's not worth it to try and hack into someone's messages for free.

Can I hack into someone's texts without installing anything?

While it is technically possible to intercept their cell phone (or WiFi) communications, effectively doing this and breaking the encryption is not within the skill set of the average person and requires specialized knowledge and hardware.

If the target is using an iPhone, mSpy can access their messages from their iCloud backups without needing to be installed on the target phone. But, you will have access to so much more information if it is installed that it is absolutely worth the effort to do.

There are a lot of apps on the market that can be used to hack into someone's text messages. While most offer similar features, such as the ability to view texts and call history, each one has its own unique advantages and disadvantages.

In general, I would recommend uMobix, mSpy, or FlexiSPY if you're looking for a powerful spy app with a wide range of features. If you're on a budget, then KidsGuard Pro or Spyic are both great choices. 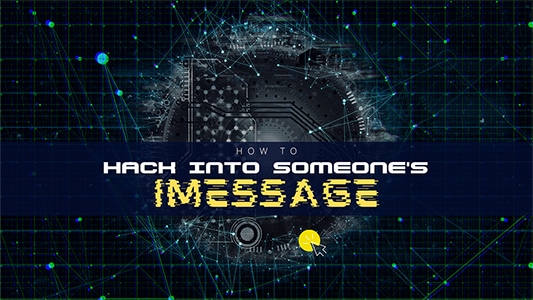 How To Hack Into Someone Else's iMessage

How To Hack Someone's Phone Remotely