Bitdefender has been producing anti-virus and anti-malware software for 17 years, and has over 500 million users worldwide. The anti-malware arena is crowded and highly competitive, with some software producers relying solely on good advertising while others rely solely on producing good software.

Bitdefender does advertise a lot, but we will be looking at what the software really does and if it really is your best option to protect yourself from malware.

Each year, hackers deploy new and evolving threats against your PC, smartphone, tablet, network, website, and even your IoT devices. IoT devices, especially, have created a new attack surface for hackers as security specialists scramble to keep up with the threats.

It’s one thing if your computer gets a virus and you lose all of your data and you’re forced to reinstall your operating system or run a quick scan to remove the threat. It’s quite another if hackers can break into the smart locks on your front door because your computer was compromised.

Personally, when I hear of programs like Bitdefender, IOBit Malware Fighter, or Malwarebytes, I’m thinking each of their approaches to internet security is a bit behind the times. Nonetheless, every year these three programs, in particular, are touted as being the very best antivirus and anti-malware software.

Do they have their virtues? Of course. But are they really the best way to counter malware? But before we get into it, it’s important to understand what it is that a program like Bitdefender offers and how it works.

One of the major problems that most people have with antivirus or anti-malware software is that it’s cumbersome, annoying, and it gets in the way of what you want to do. For many years, Norton Antivirus was notorious for grinding computers to a halt by eating up too many system resources.

Bitdefender’s major virtue is that it listened to that criticism and created a piece of software that you’ll barely notice. That’s a good thing.

If you’re someone who enjoys configuring anti-malware software, I’m afraid you will be sorely disappointed. Bitdefender doesn’t come with any options to configure, but that’s part of its charm.

If you are a normal computer user that doesn’t want to be bothered with the details, Bitdefender does an excellent job of taking the confusion out of securing your system.

However, if your computer is likely to have a lot of false positives, it will just do what it thinks is best without consulting you first. For most people this is a good thing, but all of you virus collectors and white hat hackers have been warned. It will nuke your stuff.

Android and iOS protection is fast & lightweight, so there is no noticeable impact on performance or battery life. Mobile device protection also has a few unique features.

The network security advisor is a nice feature that can tell you when your home network is vulnerable. On the other hand, you could look up much of this information yourself and it would be free. A good start is to use the latest form of WiFi encryption, also known as wpa2 psk.

The online banking protection features a safe browser. This is actually a great feature. Anyone with access to your computer has access to every single one of your passwords. All that they have to do is install malware.

In less than a minute, malware can have each and every password you have ever typed into Google Chrome, Windows Explorer, or Mozilla Firefox. That’s basically how easy it is to hack into your bank account. Bitdefender’s banking browser, called Safepay, keeps your passwords on lockdown. It’s an excellent feature.

In addition to this, it isolates your financial transactions from other processes that are running concurrently.

Bitdefender’s vulnerability scanner will search your system for important updates to Windows or other necessary applications like Java that may compromise your security. On the other hand, Windows and Java both alert you when there is a new update available.

It will also be hypercritical of weak passwords.

One of the better features that Bitdefender offers is that it can safeguard certain files. In other words, it prevents them from being deleted or altered in any way. You can, of course, set the file to read-only in Windows, but that’s beside the point. You’ve paid for an antivirus program. You might as well make the most of it.

Bitdefender’s password manager can help generate hard-to-crack passwords and secure them safely. It’s useful for those who have poor memories and weak passwords.

The search advisor basically extends the anti-malware capabilities of safe browsing by alerting you to a threat before you click. This can help save you innumerable useless clicks.

The file shredder purports to erase files forever, but anyone who works in computer forensics will tell you that data is never truly gone. It does, however, circumvent the recycle bin.

In addition to these two potentially useful features, the Total Security package allows use for 5 devices and that includes your children’s phones. If your phone is lost or stolen, anti-theft tools can help you lock it down, access the device remotely, and locate it. It can prevent your children from accessing 90% of the internet.

So the question of whether or not it’s worth it to pay the extra money for Total Security really boils down to two questions:

In other words, the vast majority of the features in the “Total Security” package are redundant.

Bitdefender is well marketed and well designed. It runs silently and gives its users peace of mind. But other than provoking that safe feeling, it isn’t offering users much more than they can cobble together from a handful of other utilities.

For a lot of people, that’s ok, because they don’t know or care what is already out there. They would be bored by tracking all these things down. They end up happy to pay $45 a year to have everything accessible in one kit.

So, yes. Bitdefender is a fine piece of software. Is it good enough to protect a home network with a lot of IoT devices? Yes, it is.

Modern home network security runs like spyware on a server. It seeks out and terminates – not dangerous programs – but dangerous activity. It doesn’t need a database of malware and it doesn’t need to perform useless scans. This is also how major corporations protect their networks from potential attacks: with real-time security protection.

That is going to be the future of home security suites as our appliances and miscellaneous devices become more and more connected. I see a software suite like Bitdefender becoming obsolete in years to come.

Posted In
Software
About The Author

Katrina O'Reilly
Kat goes by her gamer handle MissTRex. Born in Jaynesfield Wisconsin, she studied game design at Full Sail University. She has a penchant for anything "geeky" and is still a huge gamer.
Follow Us
Follow us on Facebook! 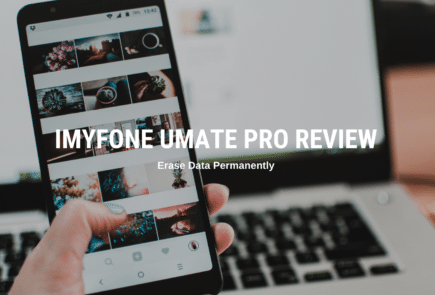 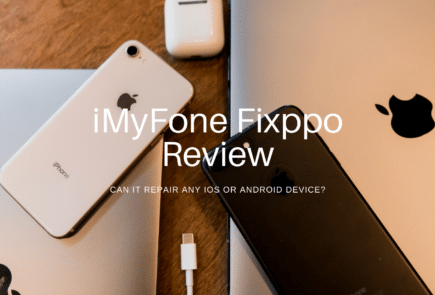